FIBRE 300 is all about the history of ornamentation and now we're on to project 2--jewelry! Here are two videos we have to watch for next week courtesy of The British Museum. I love that the videoes dive into material culture--how people create and use objects is endlessly fascinating.

I submitted a short story for Zombie Pirate Publishing's next anthology, Pirates of the Empyrean. I had five ideas and only one panned out. Well, another idea also panned out, but then, horror of horrors, Evernote ate everything I wrote. I contacted tech support and they could not retrieve it for me because of a syncing issue between devices. It was a serious bummer! I tried to rewrite what was lost, but it just wasn't the same. I would like to develop the other ideas some day.

Basically my story is about two space pirates that have a business problem and a friendship problem. Things get resolved a little too quickly near the end, but perhaps the gentle optimism of the story will make it stand out. 7000 words is not a lot to work with sometimes. ZPP won't have another anthology until next year, so at least there's lots of time to plan for that.

Still waiting to hear about my story for The Ringed Giant. It's so hard to wait! 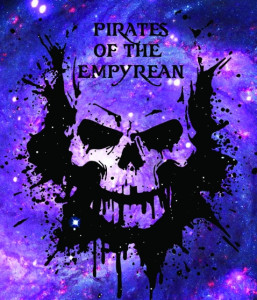 Posted by Christine at 9:59 AM No comments: